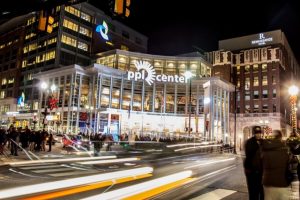 “STOREFRONTS THAT WERE VACANT FOR YEARS ARE NOW OCCUPIED AND BUSINESSES ARE MOVING BACK TO THE CITY.”

The Federal Reserve Bank of Philadelphia recently profiled Downtown Allentown in its newest edition of Cascade. The in-depth article chronicles the redevelopment efforts that have lead to an “impressive renaissance” in the state’s third largest city. The article gives a great explanation of the Neighborhood Improvement Zone (NIZ) and the effect the legislation has had on downtown. Allentown was the only city in Pennsylvania to meet eligibility for the NIZ designation.