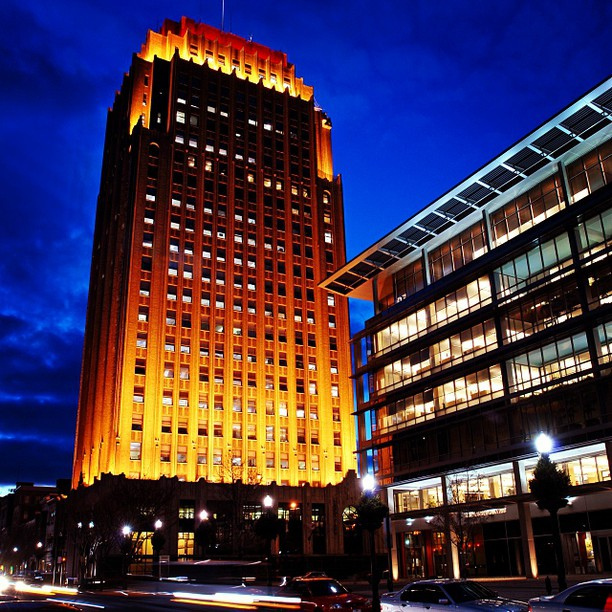 “Downtown Allentown at dusk” by lehighvalleypa is licensed under CC BY 2.0

While Downtown Allentown has experienced bouts of decline in the past, it is now one of the fastest developing cities in Pennsylvania.  In 2009, a state law was passed to establish the Neighborhood Improvement Zone (NIZ) in downtown Allentown; the NIZ is a particular taxing district that promotes revitalization and growth.  The crux of the NIZ is City Center which contains the PPL Center (a 10,000-seat arena), a large parking garage, the Renaissance Allentown Hotel, class A office space, luxury apartments, shops and dining.   Several significant corporations are anchored in the area including Air Products, BB&T and Bank of America.

Twelve other cities received the award as well (seven in the United States, two in Canada, two in Asia, and one in Europe).

To read more about the award and other winners click HERE, HERE, and HERE