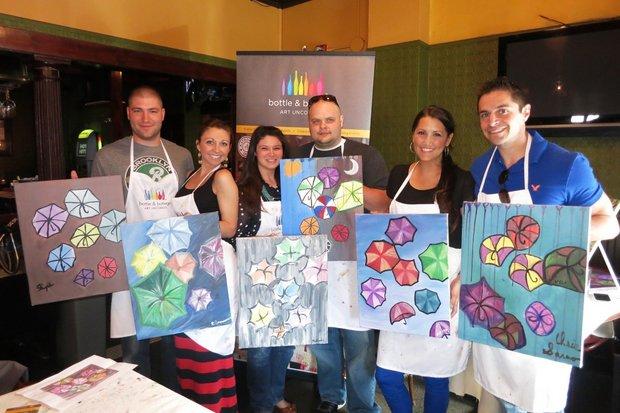 A concept meshing art and wine that has played well in bigger cities such as Chicago and San Francisco is making its way to the Lehigh Valley.

The Bottle & Bottega, a franchise that bills itself as an art and wine studio hosting events that are “one part artistic adventure and one part cocktail party,” will be opening its first Pennsylvania studio next year in the Valley, the franchise announced Tuesday in a news release.

The franchise, which currently has more than a dozen permanent studios scattered across the country in mostly large metropolitan areas, offers guests a chance to participate in art sessions with on-site professional instruction and in a setting where wine drinking is encouraged, the news release says.

So guests paint, imbibe and then take home their finished work. It’s often called a “paint and sip” party.