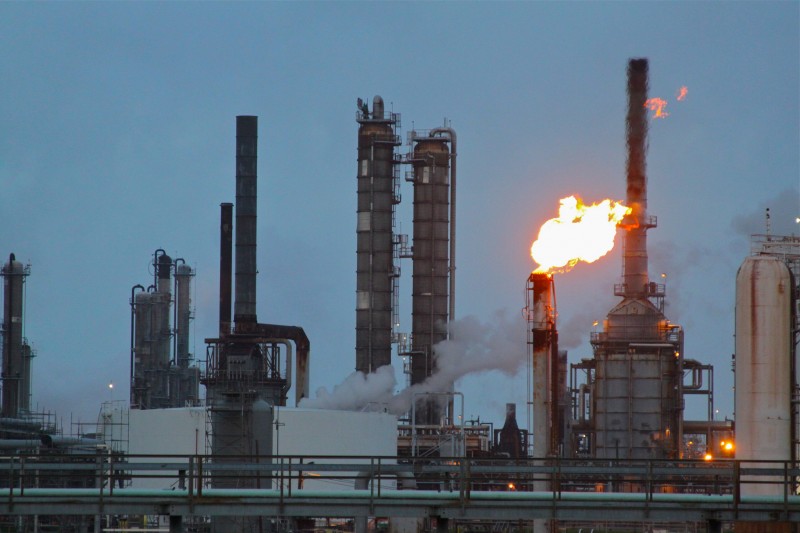 “Distillation towers and flare in dawn light” by Roy Luck is licensed under CC BY 2.0.

By Anthony Salamone Of The Morning Call

The Lehigh Valley’s economic output surpassed $40 billion for the first time in 2017, with a major driver of the record output attributed to manufacturing.

The $40.1 regional billion regional gross domestic product, or the official measure of the total output of all goods and services in the four-county metropolitan area, is up about 5 percent over the previous year, the Lehigh Valley Economic Development Corp. said Tuesday.

“The Lehigh Valley is unique among major metropolitan areas in the United States in that manufacturing is driving such a large percentage of its growth,” said Don Cunningham, LVEDC president and CEO, in a news release.

Cunningham said the growth of manufacturing, up more than 10 percent from 2016, helps dispel the perception that the Valley is becoming a mecca of big box warehousing and fulfillment centers as a prime growth-driver. The Valley’s transportation and warehousing sector, however, is the second fastest growing sector, representing $2.1 billion in GDP, up nearly 9 percent from the previous year.

Manufacturing makes up $7.4 billion – or 18.4 percent – of the Lehigh Valley’s overall $40.1 billion GDP. It ranks second to the finance, insurance and real estate segment, with $7.6 billion in output, or more than 4 percent higher than 2016. And annual average wages across all manufacturing occupations is nearly $39,000, according to a recently released talent supply by LVEDC.”