“What’s the Outlook for the Grocery Sector in the Age of Amazon?” 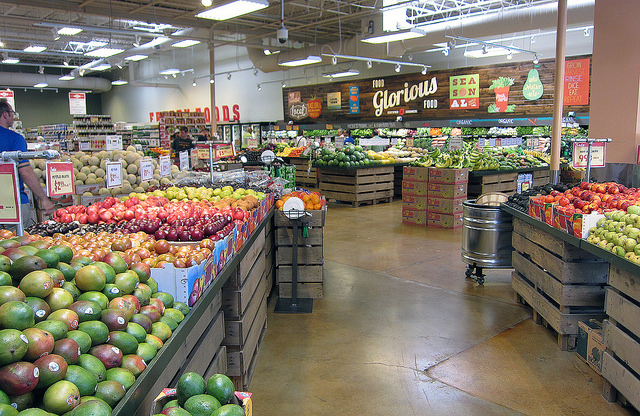 “Lucky’s Market, Iowa City” by Alan Light is licensed under CC BY 2.0.

“What’s the Outlook for the Grocery Sector in the Age of Amazon?

Pressures within the sector are already being felt.

Nearly one year after Amazon’s acquisition of organic grocer Whole Foods, the grocery-anchored shopping center sector, typically viewed as more “Internet-proof” than other segments of retail, has taken greater strides to boost its omni-channel offerings.

So far, the acquisition has not been overtly disruptive to the grocery industry, experts say. However, some grocers are still working to hedge any long-term effects of the deal, particularly as smaller chains struggle to keep up with technological pressures and price competition intensifies. These factors could lead to continued consolidation of smaller grocers and increased investor scrutiny of grocer tenants, according to those in the industry.

“There’s been a limited short-term impact on existing brick-and-mortar grocers,” says Joseph McKeska, president and co-founder of Elkhorn Real Estate Partners, which provides advisory and investment services for those in the retail real estate sector.

There still could be a greater impact should Amazon look to expand its brick-and-mortar food footprint, McKeska says. That’s what’s triggered some grocers to improve now, even if it hurts their bottom lines in the near future, “in anticipation that Amazon is going to become more aggressive over time,” he says.”