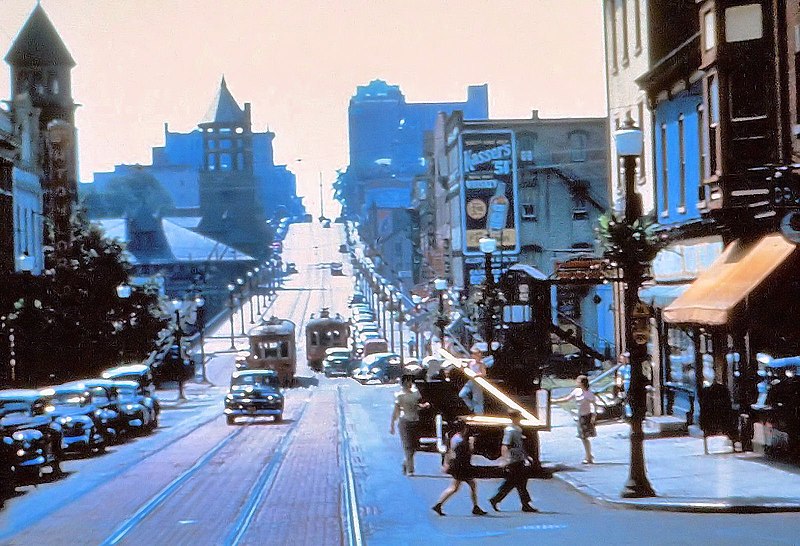 Real estate professionals are rethinking unconventional properties as prime investment opportunities – if plastic bottles can be reused to make a T-shirt, real estate can surely be recycled as well.  Reinventing properties can be beneficial for the community and developers alike.  These projects typically do not require as much time as ground-up construction.  The community benefits as abandoned buildings (often in poor condition) are transformed into updated multi-use centers.

The transformation of downtown Lawrence, Indiana demonstrates the possibilities.  As the people of Lawrence searched for a downtown center, they found their answer in a former military base: the Benjamin Harrison Army Base.  Following the base’s 1991 closure, The Fort Harrison Reuse Authority (FHRA) was established to redevelop the area into a modern downtown.

The FHRA bought the 800 acre base, demolished buildings that were in disrepair and improved the area’s infrastructure.  Meanwhile, investors turned former army officials’ living quarters into luxury homes; barracks were transformed into condominiums.  A former mule barn was redeveloped into a craft brewery (home to the appropriately named “Muletide Ale.”)  After years of improvements, Lawrence now has a busy and diversified downtown.

The Lehigh Valley is experiencing a similar resurgence.  Allentown, a city that flourished during the railroading age, struggled throughout the early twenty-first century.  Following Bethlehem Steel’s 1998 closure and the overall decline of factory work, the city needed reinvention.  In 2009, Pennsylvania state law created the Neighborhood Improvement Zone (NIZ) in Allentown; the NIZ is a special taxing district that encourages development.  The once struggling 128 acre downtown district has become a hub of commerce and culture.

Public and private investors transformed neglected buildings, shops, and lots into a luxurious downtown.  One of the project’s greatest accomplishments, City Center (part of City Center Investment Corporation), has provided the city with entertainment, shopping, dining, working space, and luxury living.  City Center also holds the PPL Center, a 10,000 seat arena that is home to the Phantoms hockey team.

Other Lehigh Valley reuse projects are in the works as well.  In Easton, the 4-acre Black Diamond Silk Mill (a fire-damaged former mill) is being developed into 60+ affordable housing units.  In Emmaus, Phoebe Ministries recently announced its plan to convert Rodale (a magazine & book publisher) office buildings into a wellness– based senior living community.  A former Easton textile mill is now the Simon Silk Mill—a mixed-use site with apartments, a gym, cafes, and a brewery.

Reuse is an imperative part of real estate’s “circle of life.”  In the Lehigh Valley, dated buildings and empty lots now serve a variety of purposes for the community.  Sy Traub, chairman of the Allentown Neighborhood Improvement Zone Development Authority, commented on the Valley’s development: “Our urban core is alive again. You can’t put a price on that.”